Home And Away Soap Opera Wiki
Register
Don't have an account?
Sign In
Advertisement
in: Home And Away characters, Past characters., Characters first seen in 1988,
and 28 more

Morag Bellingham (née Stewart) was a recurring character who appeared from 1988 to 2017. She was the villainous sister of Alf and Celia Stewart and was the Summer Bay version of the Wicked Witch Of The West. Still she did show loyalty to her family, particularly her niece Roo. In 1989 it was revealed that she was the mother of Bobby Simpson. Morag was played by the late Cornelia Frances.

Morag Stewart was born in 1941 to Gordon and Sarah Jane Stewart. She was the sister of Alf Stewart, Celia Stewart, Barbara Stewart, Debra Stewart and Colleen Smart. Morag went to law school and became a lawyer. By the time she first appeared on Home and Away, she had become a magistrate. In 1969 she married Richard Bellingham but that didn't stop her having a brief affair with Donald Fisher who was married to her sister Barbara! She became pregnant and gave birth to a daughter, Bobby in 1970. Bobby was adopted by Al Simpson and his wife Doris.

By 1988 Morag was a wealthy magistrate living in a mansion in The City. She was close to her niece Roo and helped her dig up dirt about Alf's girlfriend Ailsa Hogan. She also took Roo in after it was revealed she was pregnant with Brett Macklin's child. Although Morag was broadly supportive of her niece, she wasn't above skulduggery. She could see advantages to Roo being with a member of the wealthy Macklin family and for a time, conspired with Brett behind Roo's back.

In 1989 it was revealed that Morag was Bobby Simpson's biological mother. However, the two of them never formed any sort of relationship. When Morag was badly injured in a car accident in 1991, Bobby told Ailsa that if she died she wouldn't care. After Bobby died in 1993, Morag resurfaced and sneakily tried to gain custody of her adoptive grandson Sam Marshall. It was never clear if she did it as some sort of revenge or if she genuinely felt some sort of affection for the boy. Either way, she was stopped in her tracks when Ailsa did some investigation.

Morag returned in June 2001, after 8 years away from Summer Bay. She made up with Alf and they agreed to let bygones be bygones. In 2008 she married Ross Buckton, father of Charlie Buckton. Morag returned in the 2011 season return for Ross' funeral.

Morag returned in January 2013 for the wedding of Roo to Harvey Ryan.

Morag returned to Summer Bay in Episode 6371 when Alf asked her to represent Zac MacGuire in the Charlotte King murder case. According to an interview with Cornelia Frances on "The Morning Show", her character would only be on the show for three weeks.

Morag returned in 2017 to help John Palmer. This turned out to be her last appearance in Summer Bay. Cornelia Frances sadly died in 2018 and it is unlikely the character will be recast.

First line "Few days" in answer to Alf about how long she is staying for Roo's wedding.

Final line "Well, you've never backed away from a challenge, I respect that. And I look forward to meeting my great-niece, or nephew...Oh, pull yourself together. And anything you need, just ask." (to Roo)

In 1988, Morag called Alf her "little brother", suggesting she is a few years older. 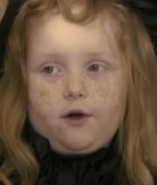 Morag as a child in the 1950s, played by Phoebe Taylor-Bush. 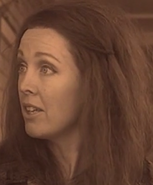 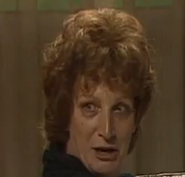 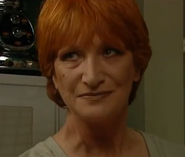 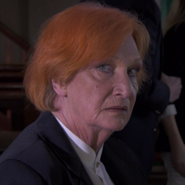 Morag in 2016.
Community content is available under CC-BY-SA unless otherwise noted.
Advertisement